My daughter Georgia become very unwell in October 2015, when she was 11 years old, with a mysterious illness. It took us two months to find out that she was suffering from Step Throat (Streptococcus) bacterial infection. Normal levels of Antistreptolysin Titre, which is the test for Streptococcus, are between 0-200 and Georgia’s were 1600. She was put on a course of the correct antibiotics and had her tonsils removed. Due to the fact that this infection had got so bad and was in her system for such a long time her body struggled to get back to normal. Georgia had lost a lot of weight and had been sitting around for a long time which then caused a condition called ‘Musculoskeletal Chronic Pain Syndrome’.

Georgia’s immune system was both immature and weak and she also suffering from ‘Chronic Fatigue’. We were recommended to see Andrea for ‘Lymphatic Reflexology’. Georgia saw Andrea every week for about four to five months. In the beginning Andrea could barely touch her feet, but gradually she began to feel better and found that the reflexology really helped with her recovery.

I am happy to say that Georgia is now nearly 16 and is a very normal girl. She has probably one to two days a month were she still suffers from Chronic Fatigue. Now we only need to see Andrea once every six months or so.

Georgia and I would both like to thank Andrea so much for her help and expertise over the years and would highly recommend her to anyone. 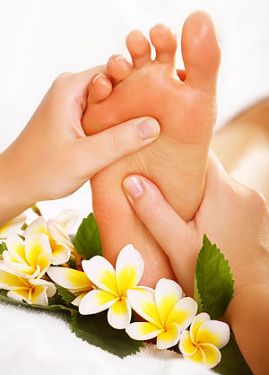